If you are looking for therapy for your hand or arm injury at my clinic – please visit handsots.com

How to Study Ulnar Nerve Compressions for the CHT Exam 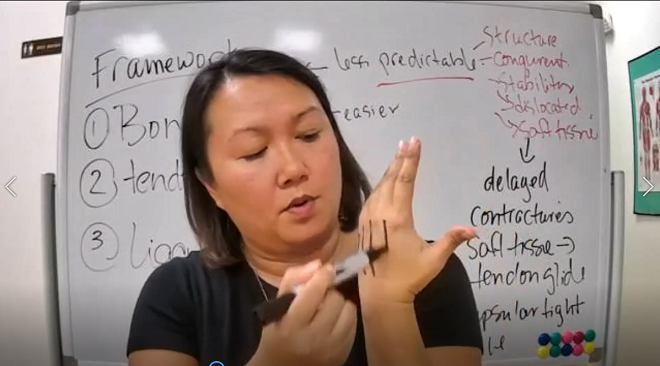 When it comes to studying the Nerve section for the Hand Therapy Exam to become a Certified Hand Therapist – overwhelm is an understatement!

As the expert, you have to know the anatomy, but only one part of the whole picture. People come to you and stay with you because of your ability to solve their pain points.

Studying to memorize will kill you on the exam. It’s in your ability to remember a certain amount and then be able to apply what you know to evaluate, foresee complications, and apply treatments that are effective for your patients.

When it comes to studying the Ulnar Nerve….

The five sites for ulnar nerve compression are:

There are three areas of compression when it comes to the ulnar nerve, and the most common is the cubital tunnel.

When looking at the bottom of the cubital tunnel, you have the elbow capsule, the medial collateral ligament, the FCU, and the ligament of Osborne. So the cubital tunnel is slack when it’s in extension, and then it’s taut when it is in flexion.

With the ulnar nerve, you can have two types of problems, one of them being subluxations.

There’s a muscle anomaly, the anconeus is associated with prominence, and the medial head of the triceps.

There are three grades in ulnar nerve types of issues:

Regarding other problems in the ulnar nerves, the second one is compressions, either at the elbow or at the wrist.

The arcade of Struthers is at the elbow, the cubital tunnel is at the elbow, and the MIS is also at the elbow. And it could be due to the laxity from the hands. So the most important thing is that you have to differentiate which nerve it is.

Clinically, I’ve seen people who have ulnar nerve issues. If we work out their triceps, it really helps them. There’s something to be said about that in particular, the anconeus, and is associated with the medial head of the triceps.

When I read through these chapters of the Rehab of the Hand and think, “What do I need to know? What should I focus on?”

Things that I want to focus on are the things that will be really relevant to me as a clinician. So I only need to know these things enough to know this is what I’m going to see clinically, and then what I see clinically is how I can help them.

How severe is it?

What would your recommendation be?

If you’re already in the severe part, doctors talk about surgery. They’re already talking about the different types of surgery. Go over the surgical procedures and why you need to know some of the surgeries.

You need to know enough so that you can treat people.

What are their symptoms when it comes to ulnar nerve types of issues? What are they going to be telling you?

When you have intermittent, like, “Oh, it bothers me here and there,” sort of pain, but when it gets worse, and there’s increased pain, there’s decreased grip strength. That is grades two and three.

A couple of things in terms of testing will be the Tinel’s. I’m not a huge fan of doing that. But you don’t have to know how to do it. You have to know that it gets done.

When you tap the most superficial nerve in your arm and tap it hard, and it sends a sensation down, that’s positive.

Elbow flexion puts pressure onto that nerve for the cubital tunnel compression test. Have them bend their elbows and keep it for a minute, and if they notice any sensory changes, that’s positive for that.

The other one is if they do an EMG. Why do we need to know that is not that because we’re going to do it, but if the signal is less than 41, what was it, millimeter per second, then that means there’s decreased signal. So I thought that was important in terms of if they’re going to ask you questions about how you would test, what would the appropriate tests be?

It’s all about ruling in and ruling out.

Is there a conservative treatment?

Absolutely. How much of it? It depends on who you ask.

The Rehab of the Handbook says there’s conservative treatment. I’m a big fan of conservative treatment, but you do have to know who that person is, what’s going on, where it is, when it happens, why, and to what extent. That’s gonna help you grade through the severity, and what you’re picking to do in terms of treatment.

As with anything else, you rule things in and rule things out. Ruling out thoracic outlet syndrome. Cervical, remember Spurling’s test, turn, look down, press on the head.

Roos test is you’re just asking them to go into external rotation, abduction, and then they’re just going to pump their hands up and down for three minutes.

What happens is they start to have sensory changes and problems? They’d be positive for a Roos test. Anyone who does have thoracic outlet syndrome won’t be able to do that.

In Cyriax testing, they’re just sitting, and you take their arm and their shoulder blade, and you lift it up. That’s all it is. You’re looking at unloading the scapula, and if it alleviates their symptoms, they have thoracic outlet syndrome types of issues. You can actually do that with just pillows. Any nerve compression stuff is just ruling out.

Most of the time, people with ulnar nerve problems don’t necessarily have joint issues, but they may have muscle length issues. So you might be looking at muscle length. You’re looking at myofascial. You can do neural mobs, mobilizations, right? You can do orthosis. And then you can do activity modifications.

To work out any muscle length types of issues, know if you have forearm tightnesses, like FCU types of issues or triceps. You need to look above and below.

It could be anything in the cervical area that can be tightening, myofascial types of stuff, which I think really can go well with the neuro mobilization types of treatments, because when you’re getting them to move through.

The orthosis is really temporary and just protecting, and it tends to be for more severe cases. Just because someone comes in with ulnar nerve types of issue doesn’t mean you have to splint everybody. The splint usually is an extension splint for sleeping because you don’t want flexion.

The biggest aspect of treating ulnar nerve compressions is providing neuro mobilizations and just making sure that you’re not overdoing it. You don’t want to overstretch someone.

Overstretching can cause a decrease in blood flow. The whole point of neuro mobilization is to move outside the nerve and move inside the nerve. The Rehab of the Hand uses words like extraneural and intraneural. Inside and outside, that’s it.

You can hold the compression area static and then move the hand or wrist, especially with the nerve on slack. So depending on severity, the whole idea of neuro mobilization is taking hold a certain part, wherever you think is irritated the most, stabilize that, put everything on slack, meaning you’re going to put it in a shortened position. Then you’re going to move the distal part so that the nerve can gently move and then gently glide. That’s all it is.

It’s a very specific, slow, rhythmic motion. It’s not like your typical exercise. It’s important because when you’re doing it with people, they tend to think that they should feel everything. But if you have them feel too much, it can become a problem.

This happened to me very young in my career when I, you know, I was like, “Oh, yeah, neuro mobs.” And I, like, you know, when you get someone in a heightened state, you’ll, like, exacerbate their problem, and then you lose all trust.

If you suspect nerve issues, you want to perform movements slower versus faster. But, then, the directions around it are really key.

All of this post-surgical stuff really all comes down to what do you need to know as a therapist?

You need to know the type of procedure. Because then you will likely know how bad it is and what you need to do to treat it. There are three different types of decompressions.

The doctor would pick one out of three for anyone who has a compression type of problem at the elbow, and they will decompress it.

The endoscopic release is just really small. Patients get good results with this procedure. The incision is small. Patients most of the time don’t even go to therapy. This is the easiest that they could do, which probably means someone’s a little bit more mild, right?

They cut to release the arcuate ligament for a moderate type of problem. It’s good for those with mild weakness. This is good for someone with grades 2-3, with mild weakness, sudden onset, mild abnormal sensory action potential, which means intermittent numbness. The pros are it’s easy, and it’s easy to recover.

For those with persistent medial epicondylitis, they need more decompression. So it’s probably for someone with a grade three, someone who’s a lot more severe. The con is that it takes longer for recovery, and if you take too much off, you risk elbow instability.

Those are for your ulnar nerve compressions.

This much more to write on when it comes to ulnar nerve compressions and treatments. This was a snippet for a much longer lecture.

Take the overwhelm out of preparing for the hand therapy board certification with our Hand Exam Prep Program. SIGN UP today and we’ll send you all the details! 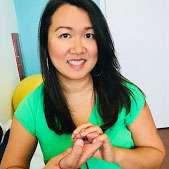 “I help Occupational Therapists develop their skills and grow their confidence in Hand Therapy. No matter where you are on your journey, build a happy and fulfilling career of your dreams. I’ll help you.”
Subscribe To Our Youtube Channel